At 1:30 am, I am not the brightest crayon in the box, but luckily I remembered that the list of instructions my doctor had given me included “Call us IMMEDIATELY if you notice a gush or large amount of fluid,” so I called the emergency number expecting to hear “Thanks for letting us know, congratulations you’re now incontinent, welcome to the third trimester.” Instead, a doctor I’d never heard of (remember that shared on-call mess I was so worried about? Yup, that’s exactly what happened) told me “Yeah, your water probably broke. Time to head to the hospital. But we’re really busy here tonight, so if you can find another hospital, that would be better.”

Let’s just let that sink in for a second. “Find. Another. Hospital.” NOT what you want to hear at 32 weeks pregnant with your first baby, and apparently facing an emergency. I woke Paul up, told him we needed to GO, and called back, hoping I had heard wrong. But no, the doctor told me again to go to the nearest emergency room and not try to come to Einstein. She said “We can always take you as a transfer, but it’s really busy here tonight and we won’t get to you anytime soon.” We now refer to this as PJ getting the Jesus treatment from Einstein – no room at the inn, kid, better luck next time!

So Paul and I took off, and went down the road to Pottstown Memorial Medical Center. Not even close to my first choice, but we didn’t know what else to do and I just kept hearing the doctor say I needed to get on the monitors right away. Luckily, it was a slow night in the ER and I was admitted right away. After some rather painful examinations, they determined that my water had in fact broken but that I wasn’t dilated. PJ, meanwhile, was happy as a clam. He was bouncing all around and the heart rate monitor showed that HE wasn’t having any kind of distress over the drama he was causing! So at this point, I started to relax – I wasn’t having contractions, and it was actually pretty soothing to lay there and listen to PJ’s heartbeat.

Relaxed didn’t last very long – the doctor had told me up front that he would need to transfer me because Pottstown does not have a NICU and wouldn’t be able to care for a 32-week preemie baby when I went into active labor. I said sure, no problem, call Einstein and let them know we’re coming, they told me this might happen. Problem: Einstein said no. They refused the transfer, told the doctor to find somewhere else. And he spent the next two and a half hours trying to do that. I wish I could remember his name, because he was awesome – he fought HARD for me and PJ, I could hear him on the phone in the hallway, starting out calm and eventually yelling at administrators in five different hospitals who didn’t want to accept the transfer of a high-risk patient they had no information on. And let’s not forget the one hospital that did have my information, my charts, and the preregistration form they made me fill out in January with all my birth-giving preferences neatly checked off and laid out. They said no three times, even after the doctor called back and told them all the hospitals in his network weren’t able to step in. 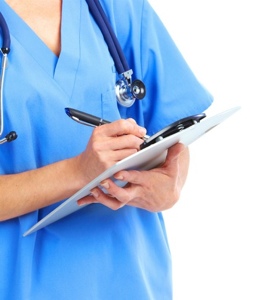 Eventually, he came to me and said that all of the local hospitals had refused the transfer, and we were down to two options: he was either going to have to send me up to Lehigh Valley Cedar Crest, or put me on a helicopter out to Hershey Medical Center if Lehigh said no. I asked him to please try to get us to Lehigh, because it’s so close to where my parents live, and I REALLY didn’t want to fly anywhere. Turns out, this was absolutely the right call.

The doctor pulled some strings, and Lehigh Valley said “We’re full here too, but send her up and we’ll take care of them.” Beautiful words from beautiful angels! Around 6:00 am, they loaded me into an ambulance, and off we went. We arrived at Lehigh a little after 7 – and realized later that if we’d had to take the helicopter to Hershey, PJ probably would have been born in mid-air.

Talk about your intense mornings, and it was still too early to even call and let the office know I wouldn’t be in for the day!

2 thoughts on “How I Became Your Mother (the early hours)”