Oh boy, oh boy, what a fun day! When I woke up yesterday, there was something funny about my Mommy’s head…
END_OF_DOCUMENT_TOKEN_TO_BE_REPLACED

You will not believe the day I had yesterday. Seriously, it was the weirdest thing I’ve ever seen. It all started last weekend…
END_OF_DOCUMENT_TOKEN_TO_BE_REPLACED

My grandpa Skip had a really awesome custom bar in his basement – real wood, and the top had all kinds of stickers and other memorabilia from all the races that he went to. Here is just a small part of it: 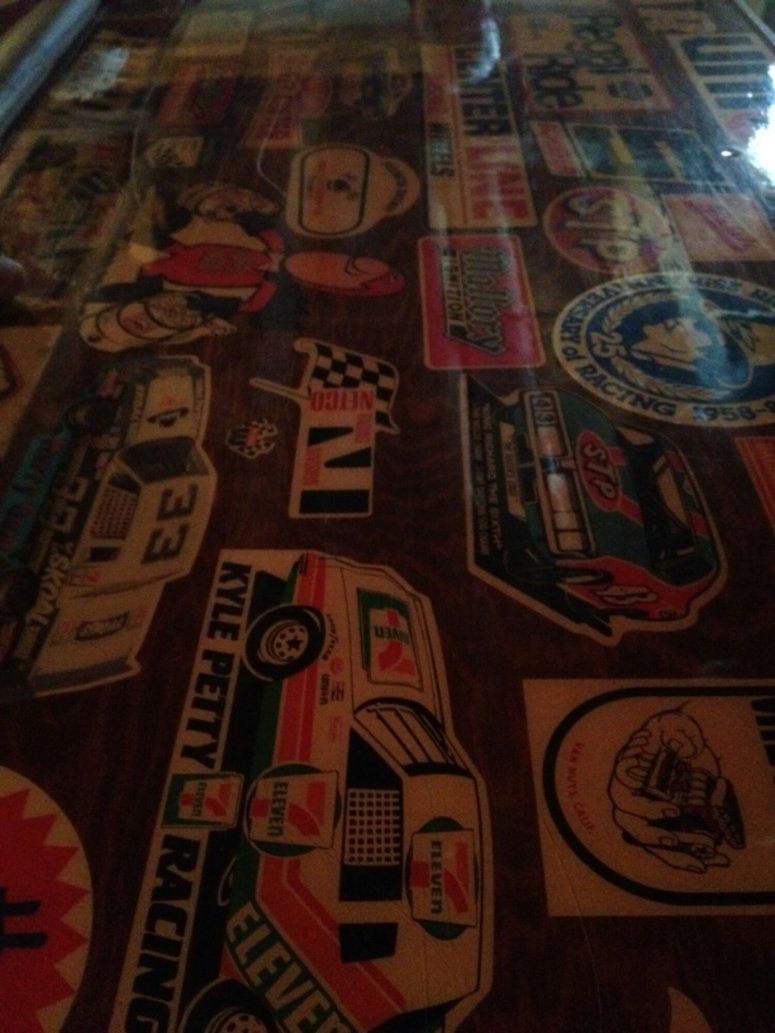 He was also known for mixing up a WICKED whiskey sour! Just one could knock you for a pretty good loop. When my grandparents remodeled a few years ago, when Grandpa wasn’t able to spend as much time in his man cave (which he had for years before anyone ever used that term), he gave the bar to my brother Kyle.

Last year, after Grandpa’s funeral, my parents, brothers, sister-in-law, husband, and I decided to have a whiskey sour pumpkin carving party at the bar. We had a lot of fun, and Kyle did a damn good job replicating those crazy whiskey sours! 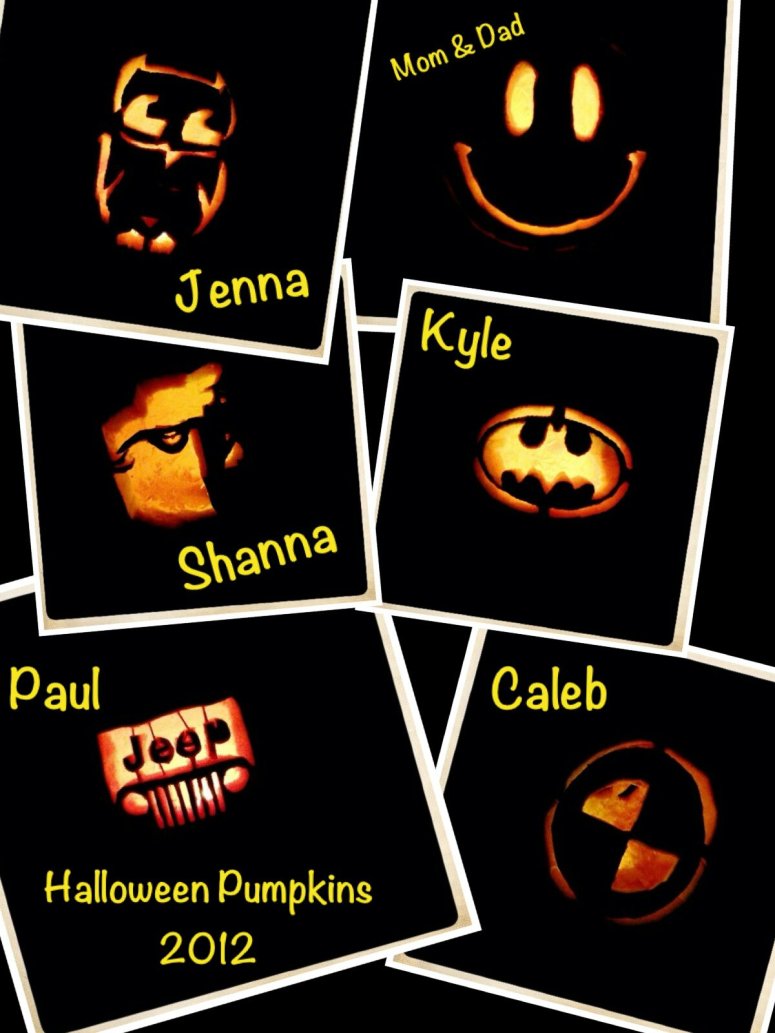 Last night, we had our second annual pumpkin party at the bar. PJ was a trooper, he was fascinated by the whole process. We went with spiced wine instead of whiskey sours this year, which meant less loopiness but better carvings! Here’s our group shot: 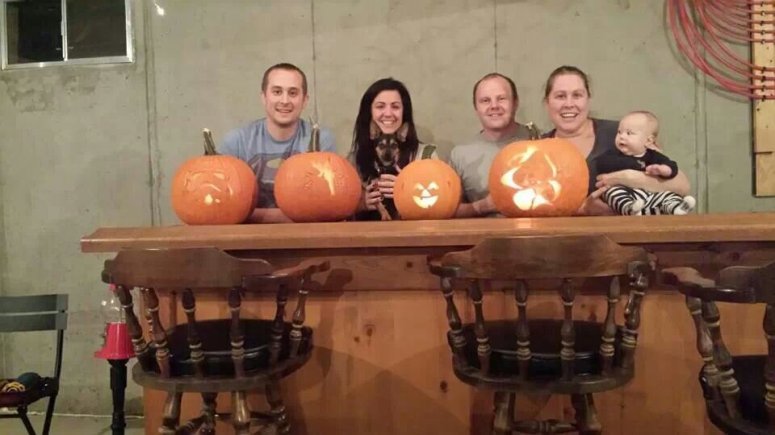 And the lit pumpkins in the dark: 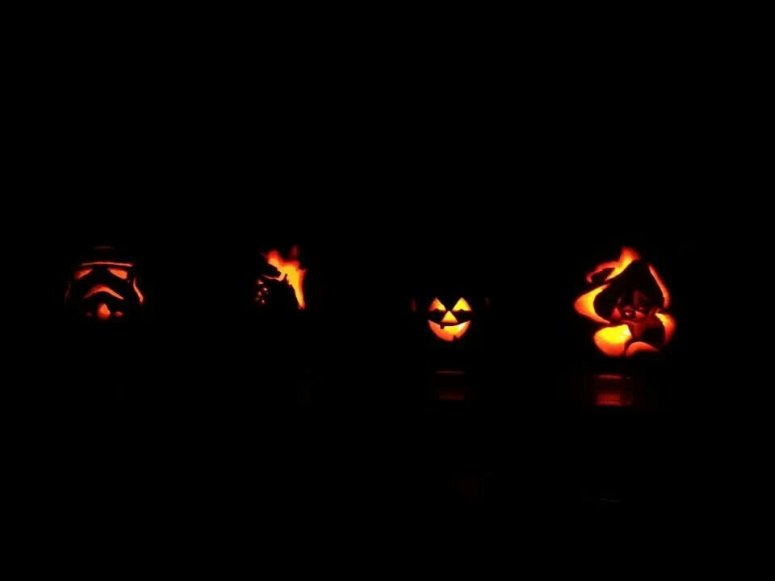